Managing Employees While Managing Change in Your Shop

When running a collision repair shop, change is inevitable. In order to beat your competition and keep your customers happy, you have to introduce new technologies and procedures. Anytime you make operational changes, your employees need to change, too. But people generally resist change. They do things they way they do them, and who are you to tell them they’re going to have to do things differently? Well, you’re the shop owner. And you get to make any change you like. But to have things go as smoothly as possible, you need to recognize and manage your employees’ resistance.

Anytime there’s a big change on the horizon, you can do a few things to make that change easier for your employees. And when you make things easier for them, it makes things much easier for you, too. Next time you’re going to make a change, make sure you:

1. Communicate with your employees.

Don’t expect your employees to understand why you’re making changes and what those changes will mean to them. Talk to them — both as a group and individually — to let them know the reasons behind the change. And be honest. Don’t try to spin anything. They may initially resent the change, but you don’t want them to resent you for being less than honest in the beginning. Most people can tell when someone isn’t telling them the entire truth. Don’t let that become another issue you need to manage.

If your changes make things a little bumpy at first, don’t give up. Assure your employees that you’re committed to them, as well as to the new changes. Don’t get too frustrated with anything or anyone initially. You made the change for a reason. In the long run, it will pay off. Concentrate on that long-term success instead of any short-term aggravation.

3. Have understanding and empathy.

This is good advice whenever you’re managing employees, but it’s especially good during times of change. Most of your technicians have their own ways of doing things within your current system. These processes have made them as efficient as possible up to the point of this change. As they adapt, they won’t be as productive initially. There’s a good chance they’ll find this frustrating. Acknowledge any initial struggles and assure them today’s change will be tomorrow’s standard. This will let them know that you care about their well-being and that they’re as important to the company’s success as the changes you’ve put in place. 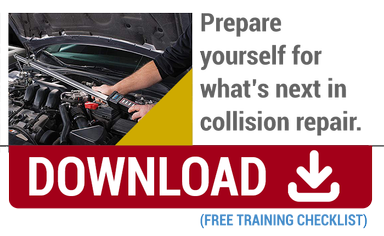