The 3 Types of Welding Machines You Need to Know

How well do you really know all the members on your team? We’re not talking about mysterious-new-guy Bob – we’re talking about how well you know the welding machines you use every day. If the answer is “not well enough,” read on.

Spot welders are commonly used to both manufacture vehicles and repair them, and the basic mechanics are pretty simple. They work a little like a staple gun:

If you’ve ever seen the skeleton of a car, you’ve probably noticed the circular spots connecting the parts. That’s a spot weld. When collision techs replace a portion of the frame, they use this type of welder to attach the new piece. For a more detailed look at spot welders, see “Shop Basics: Auto Body Spot Welders.”

The “hot glue gun” of welders, a MIG (also called Gas Metal Arc Welding [GMAW]) welder is used to fuse two pieces of metal that are butted up together – either flat or at an angle – to form a joint. With a MIG welder:

Welding with a MIG welder is generally simple, with some practice, but a few things make it even easier to manage:

Just what it sounds like, this type of welder fuses a stud onto a piece of metal. An arc forms between the metal and the stud, contained within the gun. The stud welder forces the stud onto the metal, the molten material cools and the bond is formed.

This type of welder is used for dent repair. You would add a stud to an indentation, pull it out to pop the dent out and then cut off the stud. To learn more about what features and specs to expect in a stud welder or MIG welder, see our blog on the topic.

All three welders are a common sight in a repair shop. Learning how they work and how to use them is essential when working in collision repair.

Download our “Insights on Welding Technology” guide for even more information. 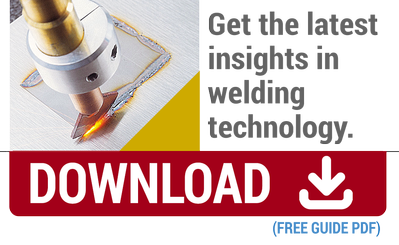