Think aluminum may fall out of favor with OEMs? Think again.

For the government, the future of fuel economy is up in the air.

Before leaving the White House, the Obama administration did their best to make their Corporate Average Fuel Economy (CAFE) standards the new permanent standard. But the Trump administration quickly announced that once a full review of CAFE standards was performed, they would probably relax the 2025 targets put in place by the previous administration. That assessment and recommendation is coming soon.

It stands to reason that relaxed CAFE standards would decrease the demand for aluminum—the metal many manufacturers adopted in order to make vehicles lighter and, therefore, more fuel efficient. But that’s not the case.

If you thought your shop may have dodged the aluminum bullet and won’t need to focus attention and dedicate resources to repairing aluminum…well, not so fast. A few weeks ago, the American Journal of Transportation declared “Unprecedented Growth Expected for Automotive Aluminum.”

What gives? Consumers. They’re driving demand for larger vehicles—but they still want the most fuel-efficient vehicles possible. That means OEMs are still speeding to drop vehicle weight as much as possible, as fast as possible. As it seems to be turning out, America is a country by the people, for the people—even when it comes to fuel economy.

To see this effect, you only need to take a look at aluminum by the numbers according to the American Journal of Transportation:

The moral of this story: don’t slack on your aluminum skills, training and equipment just because the government may intervene in the current path of fuel efficiency standards. You still need to prepare for the possibility that you just might double your aluminum repairs in the not-so-distant future. 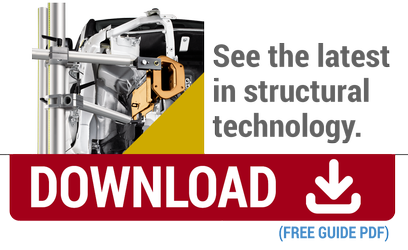